Mmmmm, one of my all time favorite treats is s’mores. A couple months ago, my roommates and I wanted s’mores so bad that we tried to make them on the grill! Haha, they didn’t turn out quite liked we had hoped, but they were s’mores none the less.

So when I came across these photos from KHollyStudios I was in love! How fun would this be at a woodsy wedding? 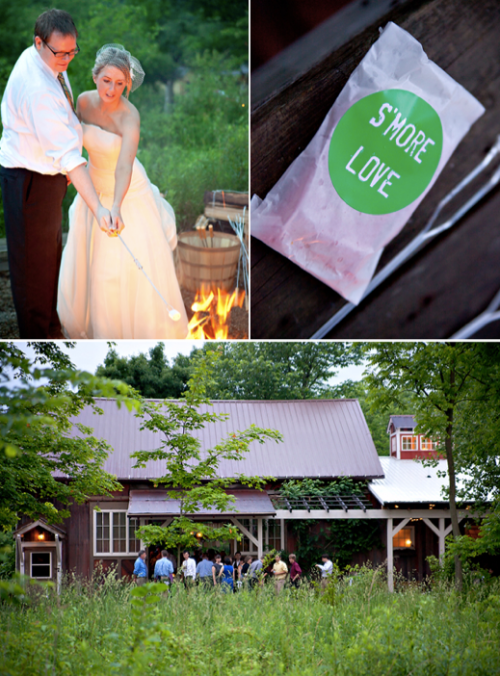 Paul Johnson Photography shot this great wedding, but the thing I loved most were the flowers!  The colors were gorgeous! Enjoy. :]

I am extremely excited to share this wedding with you all.

Lacey and Steve got married at Anthem Golf & Country Club in Arizona.  It was a beautiful day and Kelsey Pinkerton (Pinkerton Photography) did an amazing job capturing the day.

Where did you two meet? We met at college (Grand Canyon University) and he was roommates with 2 of my good guy friends. We also played on the same flag football team and I had a massive crush on him for like 6 months … and apparently he was clueless. I definitely was over “hanging out with my friends” a lot that year trying to get some time with him. Haha, finally after a few Biltmore hot tubbing nights after SALT with some friends, he asked me out and the rest is history.

How did he propose? Well we had been dating for 3 years so the only thing we fought about was why he hadn’t proposed yet. So any time something out of the ordinary happened, I was half way expecting a proposal. So he asked me on a date a week earlier (and he’s not much of a plan a-header so I kind of already knew) so I made sure I had a cute outfit on and he surprised me and took me to Ruth Chris (which we always joked about going to when we were on that side of town). During dinner I kept sneaking to the bathroom and calling my friend Whit saying I think it’s gonna happen!! Then we drove back to his place and I was holding his hand in the car and it was clammy. After 3 years of dating his hands had NEVER been clammy so that was another clue. Then we got to his house and there was a present. He had me open it and it was like a scavenger hunt telling me where to go look but it had all these pictures of our inside jokes along the way. Finally the last one said “turn on my ipod” so I ran into his room, didn’t even turn on the lights and turned on his ipod. Apparently he thought I would turn on the lights and see the flowers and ring box on his dresser, but I was too focused on the ipod. So then he got on one knee, proposed, and was so nervous he almost put the ring on the wrong hand.

Don’t forget to check back for Part II!